One United Properties acquires an abandoned building in the historic centre of Bucharest, which will become a 5-star lifestyle hotel - One Plaza Athénée

One United Properties (BVB: ONE), the leading green investor and developer of residential, mixed-use, and office real estate in Romania, continues its investments in urban regeneration with a new acquisition: an unfinished, abandoned building in the historic centre of Bucharest, which will be transformed into a 5-star lifestyle hotel - One Plaza Athénée. The value of the transaction amounts to 13.5 million euros.

The purchased building is located at 8-10 Georges Clemenceau Street, near the Romanian Athenaeum, and the gross development value is estimated to 48 million euros. The gross buildable area is 10,154 sqm, of which 6,410 sqm above ground and the difference in 3 basements, on a plot of land with an area of 1,361 sqm. The developer's intention is to reauthorize and complete the abandoned construction, which will be transformed into a luxury hotel. One Plaza Athénée will comprise approximately 100 5-star hotel rooms and will benefit from the highest quality related services such as swimming pool, spa, restaurants, and other facilities on the ground floor. The inauguration is estimated to take place in 2025.

On the same street, that has been entirely built during the reign of King Carol I, One United Properties acquired in 2021 the famous building at no. 2 classified as a historical monument, the Braikoff House, which is in the process of being completely restored, to be transformed into One Athénée, a luxury residential development with commercial components. Due to the way it was designed, George Clemenceau Street offers privacy and hosts only a few properties, two of which are already included in the One United Properties portfolio for renovation and re-entry into the real estate circuit. Only a few steps away are the Romanian Athenaeum, Calea Victoriei, and Amzei Square.

"We are delighted by the acquisition of an unfinished, abandoned building located in an area with a special history of the city. We are thus able to increase our company's efforts to get involved in the regeneration of the centre of Bucharest. One Plaza Athénée will become a landmark development on the 5-star hotel map. We are negotiating with several global Hotel brands, for the operation of the hotel with a multi-year contract. Located right in the heart of the city, the future lifestyle hotel will offer plenty of commercial, cultural and entertainment options just a few steps away",

In December 2022, the company also acquired three more historic buildings in the centre of the city, on Academiei street, in order to restore and transform them into a new development - One Downtown. 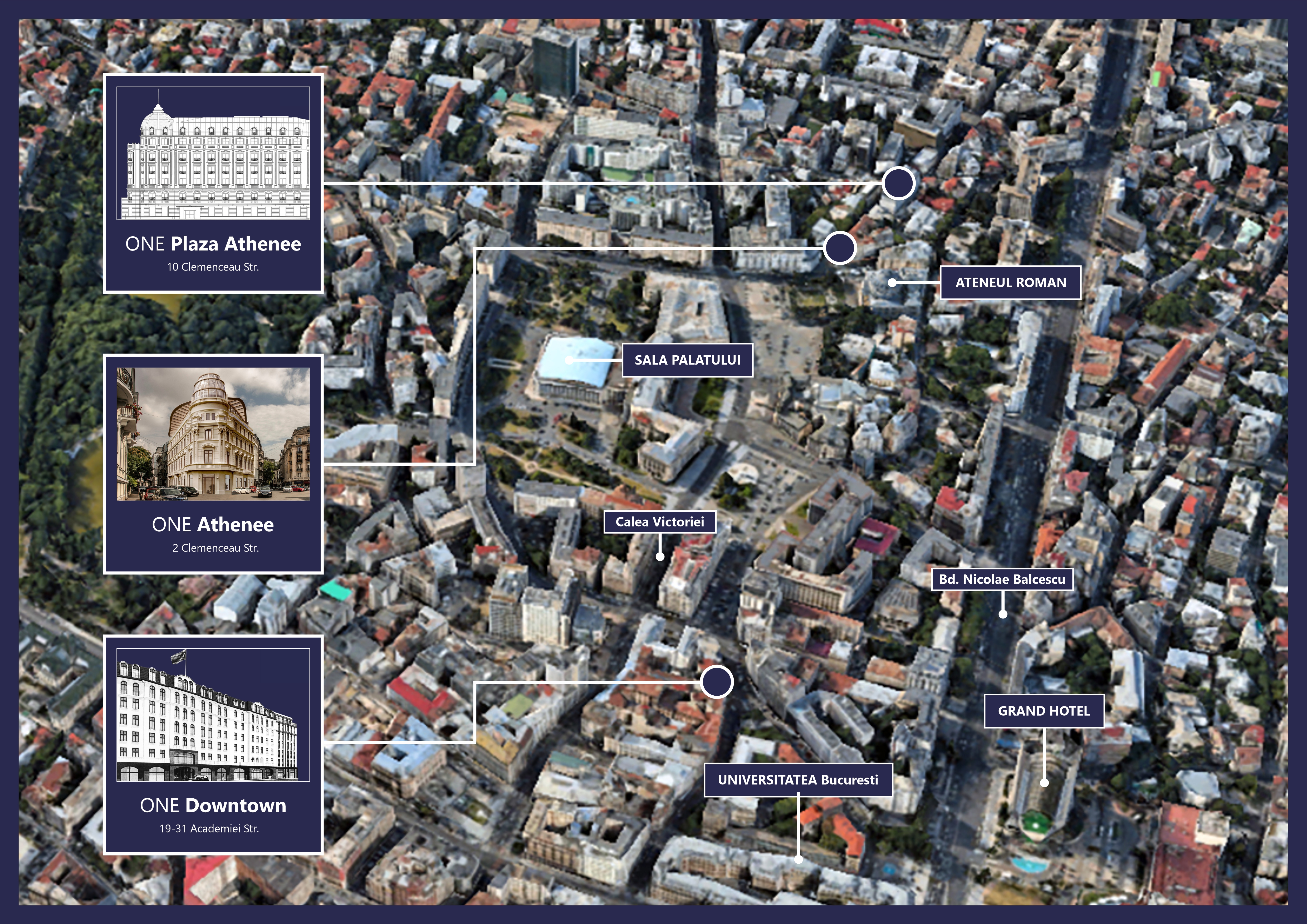 Urban regeneration and protection of the cultural heritage of Bucharest are part of One United Properties’ strategy. In 2021, the Company invested for the first time in restoring historical monuments following the acquisition of the Braikoff House. The historic building is undergoing a complete renovation and will be known as One Athénée. In addition, in March 2022, One United Properties acquired another historical monument - the former Ford factory, located within One Floreasca City, which is currently undergoing restoration and will be transformed into a retail space, called One Gallery.

Among the most transparent companies on the BVB

One invites you to meet the future

On entrepreneurship, community and principles with Andrei Diaconescu