One United Properties, a real-estate developer in Romania, raised capital from private investors as it seeks to build more than 800 apartments in Bucharest center, managing director Victor Capitanu says in phone interview.

One United Properties, which has already completed 188 apartments, issued about 71,000 new shares at EU141 per share, valuing the company at 123 million euros. 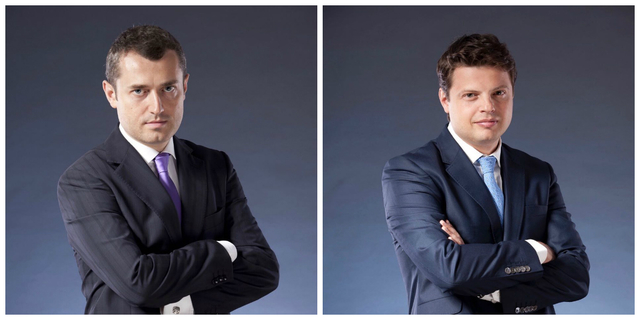 One United sold 8% of the capital for 10m euros. The two entrepreneurs in the back, Andrei Diaconescu and Victor Capitanu, run a company over 120 million euros.

The real estate developer One United Properties, controlled by Andrei Diaconescu and Victor Capitanu, raised its share capital by 10 million euros, coming from private investment, representing 8.13% of the company.

The company, valued at 123 million euros, issued 70,792 new shares worth 141.25 euros per share. The funds will support the following projects developed by the company, aiming at the construction of more than 800 apartments in the center of Bucharest.
The developer was set up in 2007 by Andrei Diaconescu and Victor Capitanu.

One United Properties has several completed residential projects (188 apartments), under construction (340 apartments) and projects due to be started in the coming years (484 apartments) - developments such as One Floreasca Lake, One Herastrau Park and One Charles de Gaulle.

Among the most transparent companies on the BVB

One invites you to meet the future

On entrepreneurship, community and principles with Andrei Diaconescu